The Forgotten Realms setting is the only one where the duergar has the most development. There, renowned authors like R.A. Salvatore and others promote the duergar’s narrative from Dungeons & Dragons. Although Duergar 5e was listed as a subrace of dwarves in the Player’s Handbook, duergar did not have any stats. However, the Sword Coast Adventurer’s Guide (SCAG) contains the player characters’ stats. 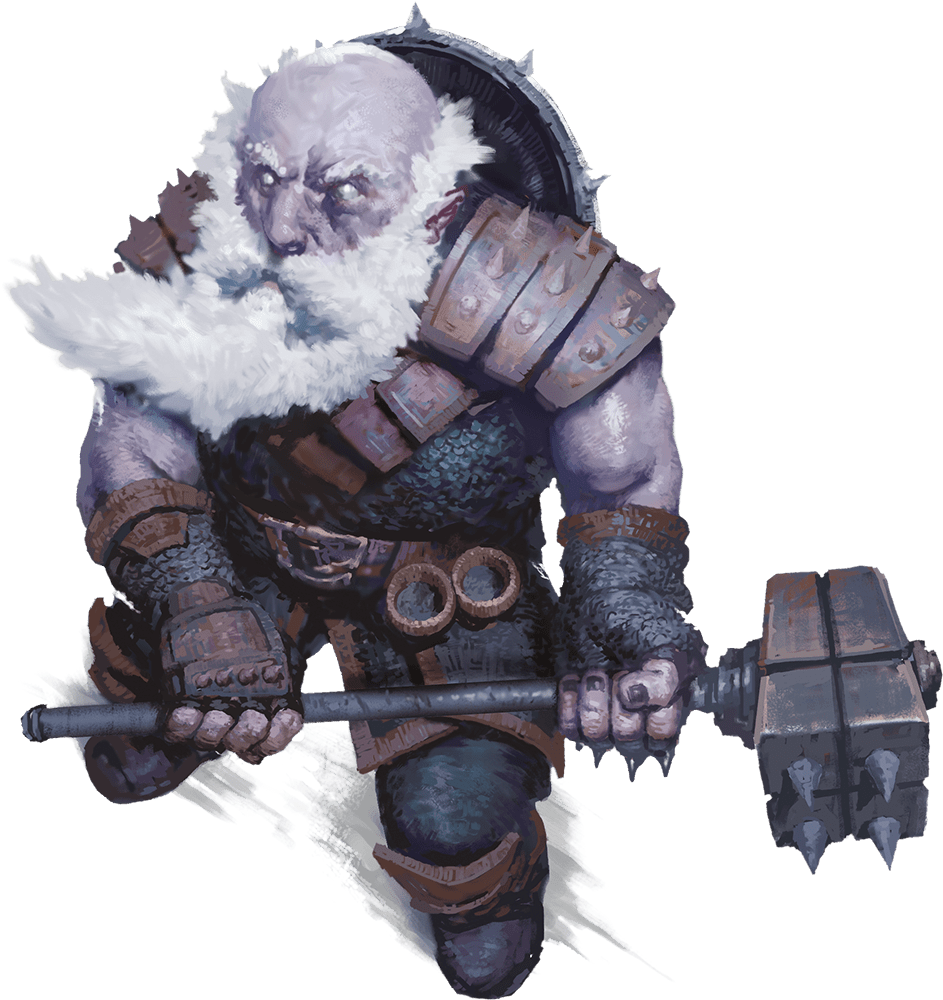 Gracklstugh, the Metropolis of Blades, is a duergar city located in Faerun’s Underdark. Menzoberranzan, the capital of the Drow, is 100 miles away. The Duergar 5e are typically malevolent, like the Drow.

At least among their men, beards and top-to-bottom baldness are common. They have grey skin and white hair and are often slimmer than other dwarfs. However, they are no less powerful. They go by the name “grey dwarves” due to their looks.

In Dungeons & Dragons, monsters aren’t limited to dragons. For players to succeed, monsters like Duergar 5e are a crucial game component. They can use magic and are impervious to it. They are brutal and evil. But there’s also something more profound. In D&D, prisoners are relatively seldom found in dungeons, although they are almost always led underground. Why? Why are the heroes need to go underground? Why do the heroes always have to go underground to defeat the monster, get the treasure, and ultimately make their way back to the surface?

One can only confirm that the duergar are inmates of a vast prison and are inhabitants of the Underdark. They stand for dark civilization kilometers below the surface of the planet, a society that is hiding horrible truths behind centuries of suffering and misery.

These grey dwarfs’ statistics are listed below should your DM want your party to run across them:

Duergar is psychically damaged permanently. The mind flayers have forever changed their brains’ creative regions. They have no art, and their cities are drab and boring. Regardless, they are excellent artisans who produce magnificent utilitarian goods.

The current ruler’s visage and a mind-flayer skull are shown on the reverse of coins from The City of Blades.

Their priests endure grueling ceremonies. The duergar had their gods, Laduguer and Guerra, although it is said that they vanished a long time ago. It is said that these priests, whether intentionally or unintentionally, are covertly worshipping Asmodeus, Lord of the Nine Hells.

Although Duergar 5e was listed in the Player’s Handbook, no stats were provided. In the Sword Coast Adventurer’s Guide, their stats as player characters were listed.

There are combatants and clergy in the Duergar 5e civilization. However, everything is feasible when you look at their misfits as long as you can provide a compelling backstory to support it.

His complexion has a little silvery hue, but his face is unmistakably duergar. His soft shimmering color is beautiful by both human and elf standards. However, when he removes his shirt, some scales are visible in addition to the many shame marks that the abhorrent priests of The City of Blades tattooed on his arms and back.

Because they believed his ancestry wasn’t sufficiently pure, his people thought the worst of him. He rejected them and their ideals because they rejected him. He’s not as wicked as they are, but he’s also not Drizzt. R.A. Salvatore invented the kind-hearted drow ranger known as Drizz’t Do’Urden.

Chaos-neutral is more prevalent in Dwalin. He doesn’t philosophize much; all he wants is to go. He may roam the Sword Coast endlessly or even traverse the Astral Plane to Mount Celestia, but he will never be able to settle down. He can’t be content no matter how much gold he finds or how many monsters he slays. Nothing will ever be OK!

His racial memories further exacerbate his feeling of solitude. The tentacles of the mind-flayer are felt within his skull. His ideas are being turned against him. They are sabotaging whatever chance he has for peace.

His sole allies are his spells and axe since they have never betrayed him thus far. Dwalin doesn’t feel anger or wrath; instead, he feels the unrelenting, infinite coldness of nihilism, which floods his whole soul.

Gray dwarves, commonly referred to as duergar, are employed as monsters, player characters, and NPCs. They have a reputation for being wicked and dull and being some of the best artisans in the Underdark.

Strength and Constitution are often strong suits for Duergar 5e, although Charisma is not as strong. They also possess two natural magical abilities: enlargement and invisibility. The culture of the Duergar 5e has a propensity towards legal evil. They have a troubled past with mind-flayers, other dwarves, and pretty much everyone else they’ve encountered. To begin our Duergar 5e Guide, let’s first define a Duergar.

A: Sure, you can. Due to their realistic nature, duergar seldom murder for pleasure. Dwarves are included among virtually all convicts who are accepted as enslaved people. However, certain enslaved people may be offered as sacrifices to gods and demons, and a neighborhood dragon is constantly looking for someone to eat.

Q2: Do duergar 5e have psychiatrists?

A:  They ought to be. Besides their natural magic, duergar psionic powers are not included in the RAW (rules as written) descriptions of them as monsters in Duergar 5e or player characters in SCAG. DMs may decide to create confident choices on their own.

Q3: What about duergar’s stealth?

A: None more so than RAW, except Invisibility. However, it is implied that they can create stealthy things like Boots of Elvenkind and that their grey skin helps them blend in with their environment in the Underdark.